In the summers of 2017 and 2018 Dr. Steve Estes, chair of the History department at Sonoma State University, traveled nearly 2500 miles along the coast from Houston, Texas through Ocean City, Maryland in search of the stories of Southern surfers. Dr. Estes grew up surfing at Folly Beach, South Carolina in the 1980s and has since then surfed all over the country. Before working at Sonoma State, Dr. Estes was an outreach coordinator and field scholar at the Southern Oral History Program from 1996 through 1998. Estes led oral history workshops for schools and community groups across North Carolina and conducted interviews related to education and environmentalism. On the southern surf trips, Dr. Estes conducted formal interviews with over forty people and had informal conversations with dozens more. 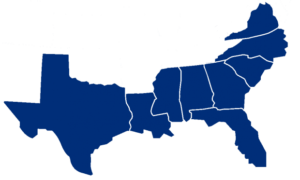 Coastline of the Southern United States.

While most people don’t associate surfing with the American South, the region boasts some of the most beautiful coastlines in the country. Although the swells that break along the Gulf of Mexico and the southern Atlantic shores are not as fabled as those in California or Hawaii, the warm southern waves beckon surfers all year long. 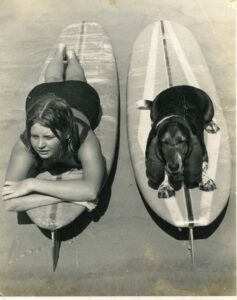 The story of wave riding in the South reflects many of the major movements and trends in modern American history: Cold War militarization, civil rights, counterculture, women’s movement, environmentalism, tourism, and coastal development. Surfing came to the South in the 1960s, in part through military personnel stationed at the numerous bases along the Atlantic and Gulf coasts. Products of a Cold War military build-up from the 1940s to the 1960s, Southern military bases boosted economic development in a region that had largely languished since the Civil War. The influx of military personnel and funding also helped reintegrate the South into the national culture, including a surf culture that swept across America in the early 1960s.

Southern beaches were largely segregated in this era. Black beachgoers were often restricted to the more isolated parts of southern shorelines. Narrators Stone Singleton and Lisa Muir discuss what surfing culture was like as surfers who did not fit the narrow, stereotypical surfer profile:

“I remember being ditched because the guys didn’t want a girl coming along… it broke my heart when I was told, ‘It’s an all guys trip.'” -Lisa Muir 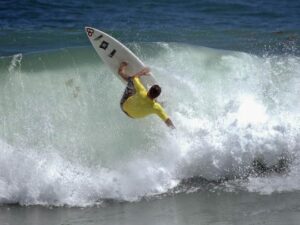 Despite the fact that many competitive surfers come from Hawaii and the West Coast, Southern surfers have competed at the highest levels of the sport around the world. Floridians Frieda Zamba, Lisa Anderson, C. J. Hobgood, and Kelly Slater collectively hold twenty world titles, and are known as some of the greatest professional surfers of all time. Thousands of Southerners take surfing as seriously as any other sport. They consider it to be as much a part of their identity as being Southern. Former world tour competitor Todd Holland from Cocoa Beach, Florida talks about the difficulties of being a southern surfer in competitions, and how being a surfer from Florida made him more resilient: 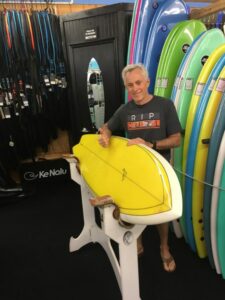 In addition to competitive surfing in the South, working in the surf industry in the region poses unique economic challenges. James Fulbright, a Texas surf shop owner and board shaper, has run Strictly Hardcore in Galveston, Texas for over 30 years. Galveston businesses depend heavily on tourism and the oil economy. Fulbright discusses the difficulties of owning a surf shop in a place that is not necessarily well known for surfing. He also explains the impact of booms and busts in the Texas oil economy on his revenue:

Surfers have also been involved with grassroots environmental movements, recognizing the complicated relationship between the sport and the coastal environmental. Stone Singleton explains how surfing affects his views on the environment:

Beyond regional concerns, surfboard shapers and shop owners across the country have faced similar challenges due to globalization and mass production. Shaper Will Allison, known for making stunning boards embellished with his signature seahorse logo, discusses how mass-produced boards take away from the business of custom shapers: 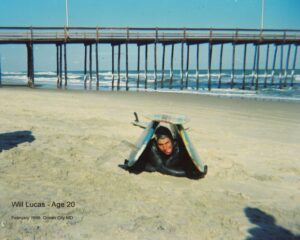 One of the major cultural movements associated with surfing was the “counterculture” of the 1960s and 1970s. Countercultures are defined as being resistant to dominant cultural and social norms. Both surfing and the counterculture movement were seen as hallmarks of the West Coast, especially California at the time. As surfing traveled to the South, the ideals of counterculture and “hippie” lifestyle did too. Alabama surfer Gene Gabel talks about how surfing brought the counterculture to Mobile, Alabama:

From the counterculture to environmentalism, civil rights to women’s liberation, surfers rode waves of cultural change that continue to shape coastal communities today. To learn more about the history of Southern surfing and hear other narrators tell their stories, check out the full collection of the Southern Surfing interviews here.